In 1975, Bobbie Knopf was chair of the Department of Special Education at Northside High School in Atlanta. At that time, she began a needs assessment dialogue with Joyce Slaughter, the mother of one of Bobbie’s students. They realized that the options available in North Atlanta for students with special needs after completing high school were limited.

As a result of the needs assessment, they formed an advisory board. Having heard of Tommy Nobis’ commitment to the Special Olympics and people with disabilities, the board approached the Atlanta Falcons All Pro Linebacker for support and named the project Tommy Nobis Center. 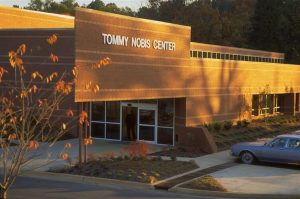 In the 1980s, Tommy Nobis Center expanded its mission to include employment opportunities. To accommodate this expansion, the Center moved twice in the next decade, settling in 1992 in a 52,000 square-foot facility in Marietta, Georgia funded by public and private donations. In 1993, Nobis Enterprises was incorporated as the organization’s federal contracting division employing people with disabilities as an AbilityOne nonprofit agency. In 2015, Dave Ward was hired as President & CEO upon Connie Kirk’s retirement.

Today, Tommy Nobis Center continues to implement innovative programs and services to meet the employment needs of people with disabilities.

Tommy Nobis was one of the most prolific linebackers in the history of the NFL. Below is a recap of his incredible career and life after football. 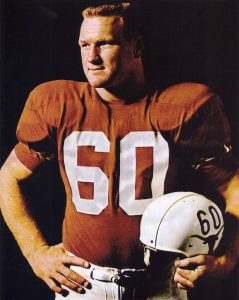 With the same passion he devoted to football, Tommy dedicated his post-retirement life to helping people with disabilities find meaningful employment. He passed away on December 13, 2017, but his legacy lives on through the ongoing impact of Tommy Nobis Center.